Question posited on FB: “Who taught so many young people to hate America?”

The Progressives-Socialists-Globalists beginning with John Dewey in 1900 and the Soviet GRU having infiltrated our schools and Hollywood in the 1950’s are the agents of communism in our Nation. In the early 1960’s the Progressives via SCOTUS and court decisions like Engel v. Vitale (1962) were instrumental in extricating Jesus Christ out of our schools and in place of Jesus and Bible reading and prayer the progressives infused demonic Darwinian Evolution in the “biological science” and Marx-Lenin-Revisionist History in the humanities; subsequently, we’ve graduated millions-upon-millions of brainwashed, effeminate, atheistic nihilistic communists into our society, most of them are White liberal-communist traitors, and they’re now entering the voting booths in droves and choosing to destroy our Constitutional Republic by vote and anarchy. The worst has yet to manifest. Be prepared, our Nation is dying and if you’re a Patriot who loves God, Family, Country, you’re hated and despised by those seeking total power and authority; therefore, BE PREPARED – Democrat Progressive Communists will stop at NOTHING! 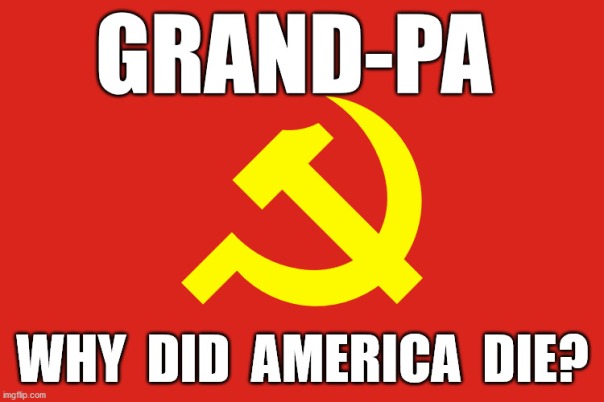