Theological question posited on FB: “What is Atonement? So, let me ask you this question: In your opinion, how is it that the crucifixion, death, and resurrection of Jesus Christ saves you?”

The atonement for sin was ordained “before the beginning of time” (2 Timothy 1:10). Sin having been introduced first into the Kingdom of God by a rebellious cherub angel which is causation for our creation in time as God extricated that destructive sin from the Kingdom and confined same within Time and physics i.e. creation (Rev. 21:27). That same rebellious cherub angel introduced sin into the Realm of Time via deception of our first mother, Eve, and her deception of her husband, Adam. Immediately subsequent to the sin of Adam, God pronounced the method by which He would deal with sin and conquer the works of the Devil (the rebellious cherub angel, Ezekiel 28:11+)

Immediately subsequent to Adam’s rejection of God’s Covenant of Sustenance and Provision in Eden, God pronounced a curse of defeat upon the rebellious cherub angel and God simultaneously announced a spiritual war manifesting between the seed of the woman (virgin birth of the coming Messiah) and the seed of the Devil (Genesis 3:14-15). In fact, the Holy Spirit tells us that the primary reason Messiah entered Time was to defeat the works of the Devil (1 John 3:8b).

Immediately subsequent to proclaiming a spiritual war between the virgin born Messiah and the Devil, God demonstrates the process He will use to defeat the Devil via a word-picture articulated in Genesis 3:21.

“The LORD God made garments of skin for Adam and his wife, and clothed them.” Genesis 3:21 (NASB)

God demonstrates this by slaying an innocent animal in the Garden and allowing that innocent blood to flow onto the ground and then God took the skins of that innocent animal and clothed Adam and his wife, Eve, in those skins to cover their nakedness and shame and guilt resulting from the sin of disobedience.

Prior to this, Adam and Eve had covered their sin, shame (nakedness) with fig leaves which demonstrates mankind’s attempt to earn his own righteousness by the works of his hands but God, in Genesis 3:21, demonstrates that mankind will not possess the ability to atone for his own sin by works, good behavior, obedience to the moral law (Ephesians 2:8-9), but that God Himself would shed His own innocent blood and by trusting in what God has done, mankind can find the imputation of God’s perfection; that is, man can be clothed in the righteousness of God by grace (unmerited favor) through faith (trusting-believing) in the One who would enter Time through the womb of a virgin woman and die for the sins of mankind (John 3:16; 2 Corinthians 5:21).

The virgin birth of Messiah is critical seeing that the sin-nature is passed genetically through the seed of Adam (1 Corinthians 15:22); therefore, Messiah circumvented that sin-nature by entering Time via the womb of the woman. Having circumvented the sin-nature, Jesus-Yeshua was able to live a sinless, perfect, life and thereby fulfill the Law of Moses perfectly (Matthew 5:17) and attain perfection in all things; this positioned Messiah Jesus as the ONLY acceptable sacrifice for our sin (John 14:6).

When Messiah Jesus, who is God in flesh (Philippians 2:8), suffered and died upon that Roman Cross, the perfect, sinless, blood of Jesus flowed into the sands of Golgotha outside the gates of Jerusalem. God the Father looked at that innocent blood of His dear Son and pronounced the “Covenant of Grace” with mankind stating that anyone who would trust in Messiah Jesus’ innocent blood as atonement for sin would be forgiven of all sin, past-present-future, and find redemption and salvation and relationship with God forever and said relationship would be Guaranteed and Sealed by the indwelling Holy Spirit (Ephesians 1:13).

When mankind trusts in the death, burial, resurrection of Jesus Christ-Yeshua for the atonement of sin, mankind receives the imputation of Jesus’ perfection, righteousness, over their life, forever. God the Father, from that point forward, chooses, in His sovereignty, to not see the sin of the redeemed but God chooses to ONLY see the perfection of His dear Son, Jesus Christ; therefore, as the skins of the innocent animal clothed the shame of Adam and Eve in Eden, Jesus Christ gives the faithful who trust in Him a “robe of righteousness” to cover our shame, our sin, by imputing His righteousness over-and-in our lives forever (John 10:28-30). 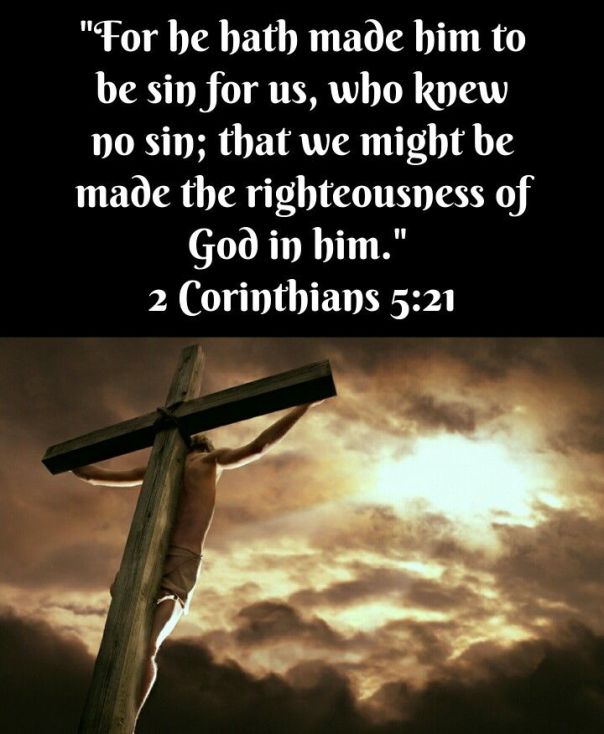 2 thoughts on “What is Atonement for Sin? What role does Jesus Christ play in Atonement?”