Atheist mocks the resurrection of Jesus Christ/a Christian response follows: “Who would believe in something that is counter to human experience, offends common sense, and is biologically impossible? Well you say, nobody would believe in such a thing, but I tell you billions of people do when they believe that Jesus resurrected from the dead. They believe that Jesus rose from the dead not because it is true, but because they want to believe it is true. Without the resurrection, Jesus was just another person who died for his beliefs, so to believe in Jesus would no longer be tied to eternal life. It is the quest for eternal life that prompts Christians to believe what is not true and what is irrational. They are selfish, self-absorbed believers who would rather toss out facts and evidence in hopes of getting a mansion in heaven. Happy Easter! Thoughts?”

In your Naturalistic box of imprisonment, spiritually, psychologically and physiologically, you fail to understand that the very same Creator who took elements from the unseen Spiritual Realm and fashioned those elements into matter that can be apprehended by life constrained by Time and physics, this very same Creator, having manifest in flesh some 2019-yrs ago (Philippians 2:8), is more than capable of infusing life into a dead body…the very body He Himself has created (Hebrews 11:3; Colossians 1:15-18; John 1; Genesis 1). Just as our Creator took the basic elements of matter (dirt) and formed human kind, the resurrection of that already formed is truly of no great work for my God (Jeremiah 32:27; Luke 18:27).

Mark, if only the veil of Naturalism could be removed from your eyes, your mind, your spirit, so that you might see the reality of a World far superior, far more tangible, than this temporary Realm of Time that is decaying daily and destined to be destroyed as by fire (John 18:36; 2 Peter 3:7-10). You are a prisoner of your spiritual father, Satan, and his emissary, Darwin, and as a result, you are foolishly seeking death in your sin and you will die the “second death” in Hell for your willful spiritual ignorance and your advocacy for our Creator’s adversary, Satan (John 8:44; Revelation 20:11-15; Colossians 2:8).

I do pity you Mark and wish there was some way that your eyes could be made to see and your ears made to hear (Jeremiah 5:21; Isaiah 6:9)…but you will most probably die with the “many” and die in Hell in futility because you stubbornly refuse to humble yourself, repent of your sin and sincerely trust in Jesus Christ as your God for the mediation of your sin…may God have mercy on your soul (Matthew 7:13-14)? 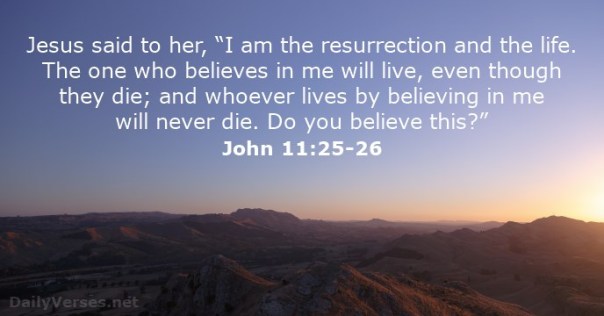