Atheist seeks to nullify the deity of Christ: “Yeshua plainly said, ‘My words are not my own’. Christianity has made Messiah ‘the Word with YHVH in the beginning’, not the New Testament. The NT teaches Yeshua never performed a miracle by his own power. Acts 2 teaches every miracle, sign and wonder ‘God did through him’. The truth is the truth.”

Jesus Christ is God manifest in the flesh (Philippians 2:5-8) and speaking in His flesh as a man, Jesus conceded His will to that of the Father’s will (John 6:38); this, even though the Father has given all things into the hands of the Son (John 3:35). One must understand and discern Jesus’ words in His deity from those in His flesh and Jesus is the God-man who left Eternity and became flesh to fulfill the will of the Father and defeat the works of the Devil (1 John 3:8).

In His flesh, Jesus spoke the words of His Father and in His deity, Jesus and the Father are One-God (John 10:30) yet the Godhead willingly acquiesces to a delineation of power and authority so that order and respect can manifest as God the Father, God the Son, God the Holy Spirit, though co-equal in authority and power as God, model for both the angelic and human creation the necessity of obedience in all things. I ask that you please study and stop leading others away from truth and life in Jesus Christ as you serve Satan in a spiritual lack of knowledge. 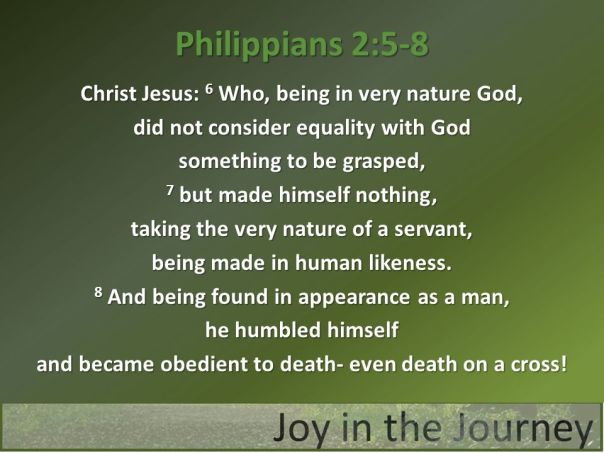