1) Atheist, Bryce Cornell, stated: “Christians: I am an atheist (previous Christian for 30 years). What convinces you that a god actually exists?”

2) Atheist, Jamie Lamkin, stated: “I don’t believe there is evidence for God. Any theists here have any?”

Christian response and warning to Bryce and Jamie…

First of all, there does not exist an entity such as “previous Christian for 30-years.” That’s either a lie or you were sincerely deceived because had you truly known Jesus Christ as Lord and had you possessed the Holy Spirit as Guarantor of relationship with God the Father, you would not be representing Satan in the name of Atheism on Facebook. (John 10:28-30)

1) Our Creator has provided extant, preliminary evidence relevant to His reality and validity via what He has made in Nature; therefore, the atheist will be “without excuse” at their Judgment in Eternity. (Romans 1:18-32)

Mankind nor his science can explain origin of matter; the Universe; the complex human genome; science and the idiocy of evolution fail to explain these supernatural evidences of design and a necessitated Designer; these supernatural forms of evidence will testify against the foolishness of atheism and the rebellious atheist at the Judgment of the Condemned in Eternity! (Revelation 20:11-15)

2) Our Creator left Eternity some 2019-yrs ago and entered Time through the seed of the woman; He walked among us in the flesh for 33.5-years defining God to everyone who would receive His Gospel. (Philippians 2:5-11)

3) Our Creator has provided His creation with a written Covenant explaining origin-meaning-morality-destiny and anyone who rejects this Covenant as articulated within the Holy Bible will die in sin and die a second death in Hell for rejecting Jesus Christ as Lord and Mediator for sin. (John 8:24) This second death in Hell will be necessary because unrepentant sin will NOT be permitted to enter God’s Kingdom subsequent to death of the body constrained by Time. (Revelation 21:27)

Therefore, it’s NOT that evidence for our Creator’s reality is absent, it’s the Truth that the atheist rejects the extant evidence for our Creator because they love their sin, their sexual immorality, their antisocial conduct, their moral relativism, more than Truth and life itself. For this reason, the unrepentant atheist will, subsequent to death of the body constrained by Time, suffer in the region of Hades-Sheol/Torments and ultimately lose their soul in Hell forever subsequent to the Judgment of the Condemned manifesting subsequent to the Millennial Reign of Jesus Christ-Yeshua. (Revelation 20:11-15)

“Do not fear those who kill the body but are unable to kill the soul; but rather fear Him who is able to destroy both soul and body in hell.” Matthew 10:28 (NASB)

Unfortunately, the atheist is too proud, too blinded by Satan, too deceived by narcissistic lust, to humble them self and find life in Jesus Christ as Lord. (2 Corinthians 4:4)

The Atheist responds, “I don’t believe you.” Well, that’s not my problem nor my burden…you have been warned!

Atheist – Show me evidence for your God: https://rickeyholtsclaw.com/2019/08/28/the-atheist-satans-faithful-servant/ 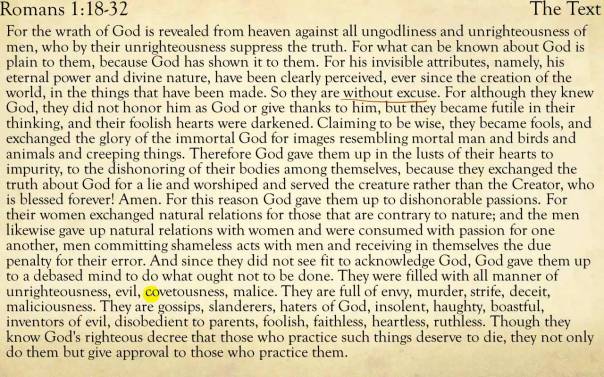 1 thought on “Atheists claim – No evidence for God! Christian response…”