Atheist, Mark D, posted: “The more I read the bible, the more Satan comes off as the one that actually cares about people.” Christians should take note! Let’s be honest, it was Satan who showed Adam and Eve their ignorance and gave them access to the Tree of Knowledge. Knowledge has improved our lives and made our world a much better place. Satan wanted the best for man by giving him the ability to learn. If Adam and Even had followed God’s advice, we would all still be living in caves today, heating our food on an open fire, and throwing spears at wild buffalo. What say you?

How deceived and spiritually lacking in knowledge is the Atheist as they endeavor to serve their spiritual father, Satan, without knowledge and admonish others to follow them in their ideology of death. Atheist Mark D does, at least, express his loyalties to Satan unlike the vast majority of cowardly and naive Atheists who obfuscate and deny any belief in the Spiritual realm when they intuitively know our Creator exists.

Satan is the eternal enemy of mankind’s soul and he is the causation for all suffering, disease, death, yet D, in his spiritual deception, wants you to believe that Satan is a messenger of Truth and enlightenment.

In our midst, there is an unfathomable cosmic struggle manifesting between Yeshua-Jesus and Satan. This cosmic-spiritual struggle can be observed in real-Time via the conflict manifesting between the armies of Allah-Satan/Islam – verses – the Nation of Israel/the Jewish people/Christianity. Mankind has but two-options concerning his loyalties and his destiny in Time and in Eternity:

1) Believe in your heart, confess with your mouth that Jesus Christ-Yeshua is God who died to pay your sin-debt and that Jesus was resurrected for your justification leading to Eternal life and by so believing and confessing you will find a new life in Jesus Christ, you will receive the indwelling Holy Spirit and find forgiveness of sin preparing you for life in God’s Eternal Kingdom subsequent to death of this Earthly body…

2) Reject Jesus Christ-Yeshua as Lord and Mediator for sin and serve Satan and his Kingdom of Darkness by default and ultimately die in your sins and die the “second death” in Hell in futility.

This life constrained by Time is nothing more than preparation for Eternity. God the Father has granted you free will and He stands ready to forgive your sin and give you a new life in Jesus’ Name if you will approach Him with a humble heart seeking Truth and Life; otherwise, you will die in hopelessness and futility.

In the attached article, I explain the struggle between Yeshua and Satan and why our God has placed you within the constraints of Time. You would do well to read through this information and make an informed decision concerning your life in Time and your life in Eternity. 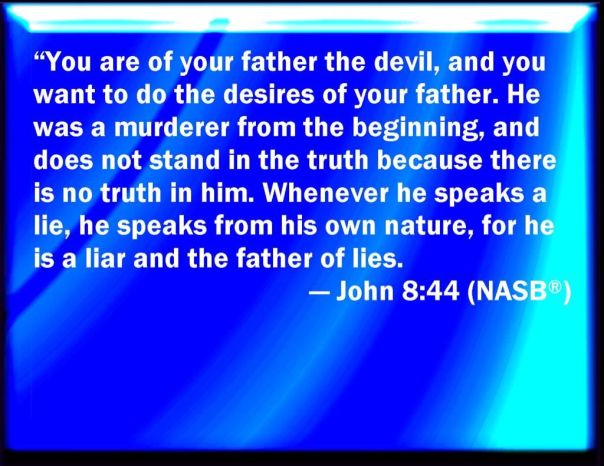