YEC Statement on FB: “Whenever I bring up my views about young Earth Creation I often hear that it’s a ‘side issue’ and nothing to really worry about because, after all, all you need is Jesus. Which is true. However, as people enter adulthood and start using their newfound powers of reasoning they typically encounter a dilemma such as: ‘…how could I possibly believe the Bible if it was wrong from the very start?…’”

America is dying daily in apostasy, atheism, moral relativism, the shed blood of innocence/abortion, sexual perversion, destruction of the family unit, addiction, suicide, insane demands for socialism and if historians are truthful in the future and my Lord tarries for a sufficient period of Time, they will look back on America’s demise and the suffering of the American people and conclude that the turning point or the catalyst that initiated the fall of American society is the forced infusion of Darwin’s insanity into the American classroom in the early 1960’s; Darwin having replaced Jesus Christ in those classrooms via SCOTUS decisions like Engel v. Vitale (1962).

There is no greater progenitor of Atheism, secularism, nihilism, moral relativism, abortion, sexual perversion, addiction, suicide, hopelessness, than Darwin’s evolutionary nonsense that seeks to negate the creation narrative in the Biblical Genesis and teach our posterity that they are a cosmic accident from the goo to the zoo to you. When we teach our children that there is no God and no moral responsibility or culpability; when we teach our children that they are descended from apes…why are we so amazed when these same children conduct themselves as apes in our society?  America, a society of death and you wonder why, what has happened? This is insanity on steroids!

Personally, having policed this society for 31-yrs, I believe the infusion of Darwin was a Progressive-Socialist strategy, beginning with John Dewey in 1900, that morphed America from a God-fearing, Christian oriented society into an atheistic, nihilistic, secular society thereby preparing the minds of America’s youth for the infusion of Socialism-Marxism and the Globalist agenda of elitist control over the means of production/distribution of all goods and services and a sociological-class division of the bourgeoisie/socialist elites and a pauper class of proletariat void any intervention by an absent, God-honoring, patriotic, middle-class America. A Marxist utopia of death. 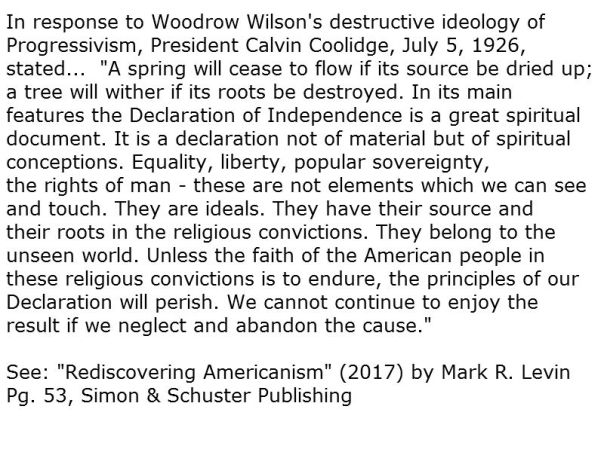