oldschoolheartblog in Uncategorized April 29, 2016
Excerpt: Before a person can begin to understand the importance of an Outlaw Motorcycle Club (OMCs), they must understand what that is. An Outlaw Motorcycle Club is a very unique society of very few men who choose to be a part of something bigger than themselves and a brotherhood beyond any that cannot be found elsewhere.
https://oldschoolheartblog.wordpress.com/2016/04/29/outlaw-motorcycle-clubs/comment-page-1/#comment-19

As a retired law enforcement officer who worked as a patrol officer for over 31 years, I certainly would like to put-down my two-cents worth relevant to this article of praise and adoration for the thuggery of the 1%’er’s and their illegitimate brethren, the want-a-be Loud Biker Cult[ure]. I’ll sincerely make an attempt at brevity and succinctness; therefore, let’s discuss a few of the “high” points…

(1) You said: “An Outlaw Motorcycle Club is a very unique society of very few men who choose to be a part of something bigger than themselves and a brotherhood beyond any that cannot be found elsewhere.”

Response: An Outlaw Motorcycle Club is an antisocial group of rebellious men and women who have opted to pursue hedonism in obedience to their base-nature. Biker gangs i.e. the 1%er’s, are a product of the 1960’s counter-culture, anti-government, anti-establishment ideology. The “hippies” took the road to “peace and love” while the formation and coalescing of the biker-gangs from the post war era internalized rebelliousness and took the low-road of violence, turf warfare, drug dealing/money laundering, cop killing, rioting – VIOLENCE!

This very same hedonistic, machismo-thuggery is alive and well today and it is also the “facade” so endearing to the Loud Biker Cult[ure] polluting our roadways on their illegally equipped/illegally LOUD motorcycles while dressed to intimidate and garner attention like a hormone laden sixth-grade girl…men and women who dress, tat and talk like the biker thugs of the 60’s but are more of a pathetic, embarrassing facade i.e. more of a LOUD biker-“bully” want-a-be than the real-deal. How dare you glorify these criminals and thugs! Why is it that the outlaw biker gangs are on almost every federal watch-list and BATFE/FBI surveillance of their activities is a never ending form or federal law enforcement protocol?

(2) You said: “The earliest form of Outlaw was Jesus Christ himself, it’s because Jesus didn’t fit into the religious mold, or the government mold like the other 99% of society. Jesus and his followers were the 1% that didn’t “bow down” to the worlds ways.”

Response: What version of God’s word have you been reading and what particular form of hallucinogen were you consuming at that time? Jesus was NOT an outlaw – Jesus was the “fulfillment” of “the law,” the epitome of the moral law and the codes that derived their genesis from that “moral” law. Even Pontius Pilate, at the execution trial of Messiah, clearly stated that he could find NO FAULT in the man – Jesus called the Christ…and refused to pass sentencing. In fact, the Jewish leaders were forced to perjure themselves in order to pursue the execution of Jesus. Shame on you for referring to my Lord as an Outlaw and comparing him to a 1%’er thug biker!

(3) You said: “Many people will disagree with the importance of Outlaw Motorcycle Clubs. This is largely due to the lack of understanding and positive exposure to what these clubs do for our communities and some will dispute the negative claims while maintaining the integrity of their beliefs of the OMCs.”

Response: As I read through your pathetic defense of biker thuggery, I see that you are referring to the philanthropic and patriotic deeds of the LOUD biker cult[ure]. How naive to think that the arrogant, intrusive, unlawful, hedonistic, irresponsible, facadic intimidation of the Loud Biker Cult[ure] can be deferred or declared socially acceptable by the “good works” of a few who wear the leather and ride a motorcycle. I have published a video on this very subject titled: “Philanthropy or Thuggery” at: https://www.youtube.com/watch?v=dCvd-j6yMMM – in this video I discuss the hypocrisy of BACA, the Patriot Guard, the “Christian Biker” heresy and American Veteran biker organizations as well as the “Good Old Boys.”

I will stop at this point knowing that most won’t read what I’ve written already – but shame on you for glorifying biker thuggery in a society that has obviously lost its way morally and ethically as we’ve succumbed to the destructive ideology of Moral Relativism – the perfect sociological platform for the Loud Biker Cult[ure] and their associated embarrassing thuggery on our roadways and within our communities – hedonistic obsessed men and women who have unwittingly entangled themselves in the web of the powerful and influential “Group Dynamic.”

Sorry, but after policing the Loud Biker Cult[ure] for years and seeing the behavior, the vulgarity, the violence, the arrogance and antisocial conduct of the LOUD Biker Cult[ure] and the Outlaw Biker Gangs – I KNOW BETTER and though your article does contain historical truth, your premise is unsustainable and shameful! Men and women riding around on our roadways and within our communities dressed like thugs on illegally LOUD, illegally equipped motorcycles – audibly assaulting our children, our elderly, our handicapped, our families – there are no “good works” or words of glorification that can atone for their unlawful, intrusive, irresponsible behavior…if it quacks like a duck, walks like a duck, looks like a duck – – – it’s probably a duck! 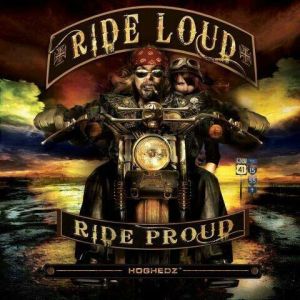 One final note: In all of my 31+ years of dealing with societal thuggery, the very best probable cause for a patrol officer is an illegally LOUD biker or illegally LOUD auto/truck operator. I discovered that the personality-type that, with intent, modifies a motor vehicle to make illegal-senseless-irresponsible NOISE, then uses that noise to audibly assault our children, our elderly, our handicapped – this personality-type is very likely to offend in other areas of the criminal law; therefore, any patrol officer that will take the time and initiative to police the LOUD Biker Cult[ure] will, more often than not, experience a dramatic rise in their “warrant” arrest statistics – in other words, vehicular NOISE enforcement is simply good police work! 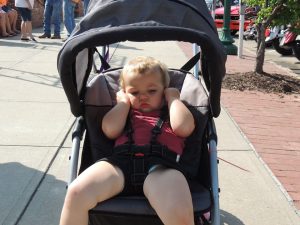 Article: The “truth” about loud motorcycles the police won’t or can’t tell you: https://rickeyholtsclaw.wordpress.com/2016/03/10/the-truth-about-loud-motorcycles-the-police-wont-or-cant-tell-you/

1 thought on “Glorifying Biker Gangs – I Don’t Think So!”