Observation articulated on social media: “Make no mistake about it…The Obama’s were the creators and starting point of all the division and current anti-American chaos we’re witnessing in America today.”

Actually, Darwin’s evolutionary theory, falsely labeled as “biology” in the sciences, forced upon our students in 1963 in conjunction with historical revisionism and infused progressive socialism in the humanities was the beginning of the end for America; Obama was just a tragic outcome, a virulent symptom, of a failed society headed to Hell for having murdered 61-million of its own children subsequent to Roe/73 and having spit in the face of God and His Covenant of Marriage via Obergefell v. Hodges (2015).

America is on borrowed time; God’s just beginning to pour-out His wrath upon a bloody and perverse people. The Progressive-Socialist-Democrat is the instrument of debauchery and hopelessness currently employed by God as an instrument of His wrath upon the American people. This demonically inspired insanity will destroy our Constitutional Republic and result in unconscionable suffering among America’s posterity. Patriots in America have no one to blame but themselves. 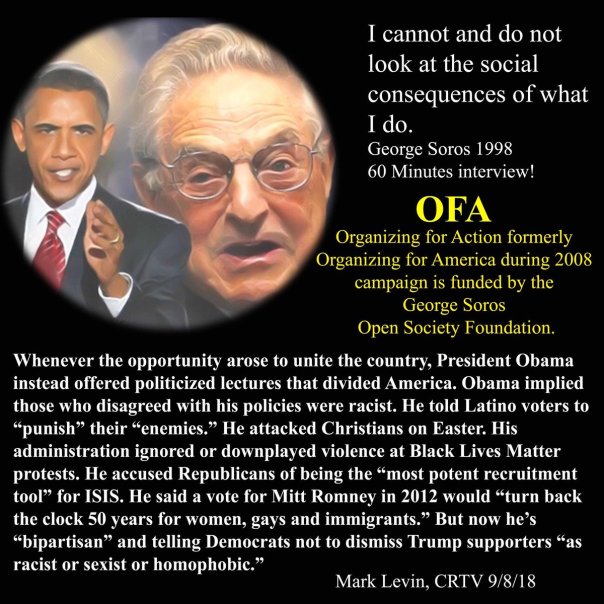