To: Mr. James B. DeMocker, Director –  Office of Air Policy and Program Support

Thank you for your response to my letter requesting intercession from the United States Environmental Protection Agency (EPA) concerning the out of control vehicular NOISE problems plaguing the roadways, Interstates and communities of the United States.  Unfortunately, your response was very disappointing and unsatisfactory for the following reasons.

(a) The Congress finds—

(1) that inadequately controlled noise presents a growing danger to the health and welfare of the Nation’s population, particularly in urban areas;

(2) that the major sources of noise include transportation vehicles and equipment, machinery, appliances, and other products in commerce; and

(3) that, while primary responsibility for control of noise rests with State and local governments, Federal action is essential to deal with major noise sources in commerce control of which require national uniformity of treatment.

(b) The Congress declares that it is the policy of the United States to promote an environment for all Americans free from noise that jeopardizes their health or welfare. To that end, it is the purpose of this chapter to establish a means for effective coordination of Federal research and activities in noise control, to authorize the establishment of Federal noise emission standards for products distributed in commerce, and to provide information to the public respecting the noise emission and noise reduction characteristics of such products.

Also, the EPA’s failure to control and regulate the criminal conspiratorial marketing strategies of the motorcycle aftermarket industry is nothing less than pure negligence on the part of an Agency tasked with the responsibility of protecting and defending the rights of the American citizen relevant to environmental issues. Mr. DeMocker you defer culpability for non-enforcement to our states and local governments, but I ask you Sir, what Agency actually has jurisdiction and authority and is responsible for regulating an industry that criminally conspires to market illegal products which negatively affect the environment, the health and welfare and the quality of life of the American citizen – illegal products  that are distributed on a Nationwide basis, across State lines, involving manufacturing, labeling, distributing, retailing, installation, operation?

The EPA’s myopic obsession with air pollution has resulted in a complete disregard for that two-year old child and her fatigued mom who reside in a poorly constructed 2nd-floor apartment overlooking a very busy intersection in Anywhere, USA.  Twenty-four hours a day, seven days a week, that child and her mom are bombarded by the Loud Motorcycle Cult[ure] (as well as the illegally Loud Auto and Truck Cult[ure]) comprising some 60% to 80% of the motorcycling population.  These motorcycle noise bullies have opted to ignore Federal and State law by installing a NOT FOR ROAD USE – COMPETITION – CLOSED COURSE aftermarket exhaust on their motorcycle emitting four-to-eight-times (logarithmic scale) the legal “total” “safe” motorcycle noise emissions of 80 dB(A) – noise emissions that are audible for over one-mile under hard acceleration, yet the EPA obfuscates and denies any responsibility while local and state law enforcement sip their coffee and look the other way; this, while the before mentioned child and her mom suffer!  Why?

As a retired 31-year veteran of the Houston Police Department and as a concerned American citizen, I am very ashamed of the United States Environmental Protection Agency for its failure to perform its duties and responsibilities relevant to illegally equipped, dangerously loud, intrusive, motorcycles, automobiles and trucks!

Original letter to the EPA can be viewed at: https://rickeyholtsclaw.wordpress.com/2016/09/16/loud-motorcycles-the-epa-a-plea-for-intercession/ 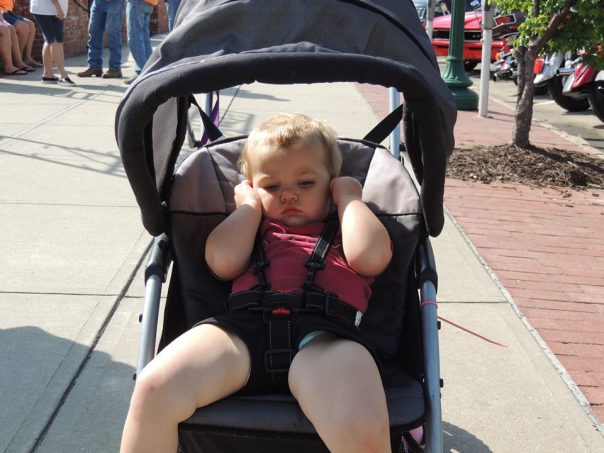 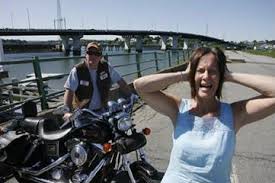