Having policed this “progressively” sick society for 31-years and having returned to the University late in life to complete a graduate degree, observing what our institutions of higher learning have become and being a student of apologetics and one who loves the Lord Jesus Christ…I feel a need to warn my honorable fellow Patriots…

Unbeknownst or unclear to some faithful, hard-working, dedicated, God-honoring, American Patriots across this Nation, there has been an injurious metamorphosis manifest in the fabric of our Nation that has resulted in that fabric becoming weakened by Progressive Socialism introduced into America’s sociological framework as early as 1900 by a gentleman named John Dewey. The ideology of Progressivism envisions a New World – a transformed America where true nirvana is found in the equity of all things, no winners and losers; imagine no religion; no disparity of income, no hunger, no shame, no law, no race,…a virtual utopia that is manifest through communal agreement, sharing, equality in the distribution of all goods and services by a strong central governmental entity managed by loving, equitable, men and women of stature, wealth, intelligence. The early Progressives believed that their ideas for attaining social harmony and pervasive happiness were superior to those of our Founding Fathers.

The Progressives were successful in influencing a number of American Presidential Administrations and they infused their ideology into America’s governmental bureaucratic entities through the educational system. In conjunction with the Progressive-Socialist movement in America, the KGB, subsequent to the 2nd-World War and throughout the 1950’s, were successful in implementing strategic reeducation initiatives through America’s Hollywood, media, academics; this movement was referred to as the “Red Scare” or “McCarthyism.” Both Senator McCarthy and FBI Director Hoover were lambasted as nut-cases for suggesting such a strategy by the KGB had any validity but today we understand that McCarthy and Hoover where right on target.

The Progressives were most successful in their agenda of morphing America from a Christian Nation into an atheistic, secularistic, socialist, Nation by infusing Progressive-Socialists into America’s classrooms across the United States. Madalyn Murray O’hair and America’s Courts were successful in the early 1960’s in removing Jesus Christ, prayer, Bible reading, from the public schools (Engel v. Vitale – 1962 is one example) and one-year later, 1963, Progressives infused Darwinian Evolutionary Theory into the classroom to replace Jesus Christ and the Creation narrative. Our students were and are taught that God does not exist, there is no Genesis creation narrative and that humanity is a cosmic accident from a big bang and our genetics finds its origin in a “primordial soup” that somehow gave-way to a simple celled organism as the genesis of all life and diversity on planet Earth i.e. abiogenesis.

As Darwin was and is taught as a biological science/empirical truth to our children, simultaneously in the humanities, our children are taught Leninism – Marxism – Revisionist American History and they are taught that America and its founding was and is incorrigibly racist and shameful. Our children are taught that there is no God and that America is irredeemable, racist, shamefully inequitable and must be restructured and reformed into something more equitable and fairer for all people of all races, not just “privileged White citizens.”

Subsequent to 1963, America’s educational system has brainwashed, methodically corrupted, the minds of many millions of American youth and morphed them into godless, atheistic, nihilistic, progressive socialistic radicals and the majority will NEVER be convinced of their brainwashing, their naivete and many will die in their atheism and in anti-American deception. The Millennial and Gen-Z generations today are currently the most destructive resultants of Progressive brainwashing and they are entering the voting booths across America en mass by the millions and like robots they’re pushing the button for Progressive Democrat Socialist candidates in our Federal, State, County, Local, elections.

I tell the American Patriot that information to tell you this information…DO NOT THINK FOR ONE MOMENT THAT PRESIDENT TRUMP IS GUARANTEED A VICTORY IN NOVEMBER 2020. President Trump is supported primarily by the Boomer Generation of Conservative American Patriots and we’re dying-off daily. Our numbers decrease every hour and the Progressive Socialist Democrats increase with every graduating class from our institutions of “higher brainwashing.”

Remember, wicked Hillary Clinton won the popular vote in 2016 and if not for the Electoral College, Donald Trump would not have been elected President. I say that to say this, America is headed to death in Progressive Socialism as Her brainwashed youth will inevitably outnumber Her Patriots; therefore, if you desire four-more years of America’s Constitutional Republic, please don’t be lethargic and too sure of yourself; PLEASE GET OUT AND VOTE AND TAKE A CONSERVATIVE WITH YOU!!!

Please permit our posterity to mature four-more-years in some semblance of sanity before the Progressive-Democrats completely destroy America’s Constitutional Republic? 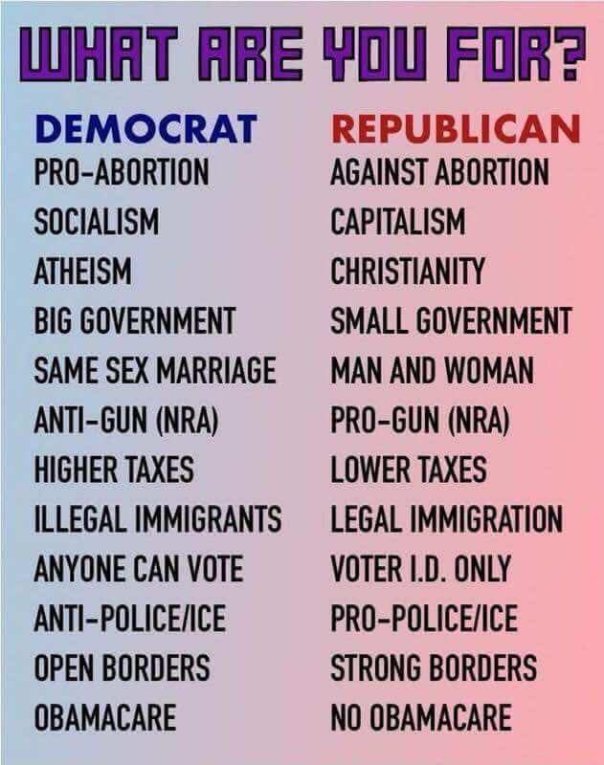 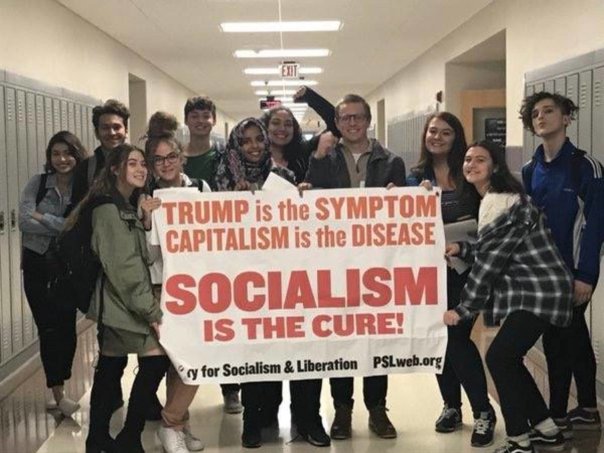