Mr. PS asked: “Why do you think western culture approves homosexual boldness in public and even before their parents and elders?”

Because Western Culture has become a bastion of godless secularists-atheists who worship at the throne of moral relativism, revisionist history via Progressive Socialism; every inch of America’s fall from grace can be laid at the feet of Darwin’s idiocy forced into the American Classroom in 1963 subsequent to the removal of prayer, the Bible, Jesus Christ, in 1962 by SCOTUS; this has subsequently morphed generations of brainwashed, moral-less, sexually immoral atheistic secularists, who have forgotten how to blush as they celebrate their perversity in our streets, in our libraries, in our law enforcement community and other government entities.

“Were they ashamed because of the abomination they have done? They were not even ashamed at all; They did not even know how to blush. Therefore they shall fall among those who fall; At the time that I punish them, They shall be cast down,” says the LORD. Jeremiah 6:15 (NASB)

Unfortunately, it is America’s youth, our posterity, that is and will continue to suffer to the greatest degree as this once beautiful Nation, now under God’s wrath for the mutilation of 61-million babies and our compromise with sexual perversion, succumbs to atheistic insanity/immorality via Progressive Socialism taught exclusively in America’s classrooms. America has birthed generations of baby mutilating, sexually immoral socialists who serve Satan, idolize their flesh and their genitalia exclusively while the United States dies daily in apostasy; this, as Christians sit in Church and do very little to nothing in response to the death of our Nation.

Darwin and the Death of a Nation: https://rickeyholtsclaw.com/2019/09/02/darwin-and-the-death-of-a-nation/ 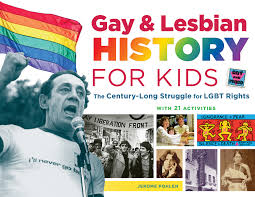